Like this specialized violin strings website, we also have a uniquely popular site dedicated to cello strings.  These too (like violin strings) can come in all sorts of materials, gauges and pricing levels.

Unlike violin strings in general,because of the added and required tension needed for cello strings, not all steel strings mean ‘cheap’ or inferior.   While D’Addario’sHelicore brand are still popular for the ‘affordable’ cello strings set, there are a few very good strings, when combined, will not only be super affordable (as are the Helicores), but also play wonderfully.  We have a special ‘combination’ sets page where you can find a few good combination sets, that will include Jargar A and D, with Chrome Spirocore C and G.  (Presently, thy run in the neighborhood of around $125  (See CS-152). 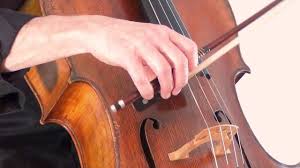 Steel doesn’t mean bad.  Lost of great cello strings are made with steel alloys, even the most expensive brands, like Spirocore, Larsen, Magnacore (also by Larsen), Versa and Pirastro’sEvahPirazzi line including their EvahPirazzi Gold and Perpetual.

Why do cellists combine different sets so often?  More so than any other instrument, cello players love to combine different brands of cello strings for their own cello.  Why is this?  Usually for tonal and response purposes, but also for economics.  In most cases though, it is done strictly for sound and the player’s needs on their cello.

By far, still, the most popular cello string set has to be the famous Tungsten C and G Spirocore by Thomastik, with Larsen A and D.  (Mostly in medium gauge always) with some opting for Solo Larsen A and D.  This particular combined set has been around for decades (!) and still, with all the newly ‘improved’ strings and technologies in string making, remain the #1 set with professional orchestral cello players.

The most well known gut strings for cello are the Chorda brand, also by Pirastro.  These really are meant for players looking for the ‘old’ sound and/or ‘period’ Baroque music.  Gut strings are noticeably lower in tension than all the other brands of cello strings on the market and also require some careful upkeep:  Pirastro even sells ‘string oil’ to coat the strings with so that they will last longer, by not drying out or early breakdown of the string.