Born, raised and educated in Romania, Dimitri Lazarescu started violin lessons at the age of six, at first privately then through the Music Schools system in Romania. He graduated from the Dinu Lipatti School of Music in 1968 and finished his Masters’ Degree in Violin Performance and Pedagogy at the CiprianPorumbescu Conservatory in Bucharest, Romania. Upon finishing hisstudieshe was hired by the Romanian National Radio Symphony Orchestra in Bucharest, where played until he left Romania in 1980.

He has also taught Violin and Viola at the Dinu Lipatti School of Music in Bucharest, Romania.Upon arriving in the US, he freelanced around the Greater Boston area until 1982, when he took and won his first audition for The Phoenix Symphony. Here he studied with Albert Pratz and with Stuart Canin. Currently he serves as the Acting Associate Principal Second Violin (2nd chair) of the Phoenix Symphony. 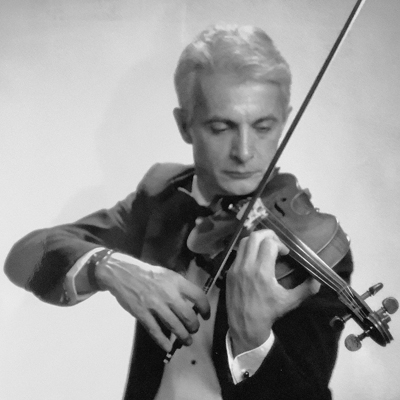 During the summer months you will find him in the Tetons with the famous summer orchestra made up of  thecountry’s top elites, the Grand Teton Festival Orchestra.

One of his highlight strengths along with his extensive orchestra background and experience are Orchestral Audition Coaching as well as Orchestral Excerpts training.  After sitting on countless audition panels, he knows exactly what audition committees listen for and how to present and prepare for both college entrances and professional symphony auditions.  If you are at ‘that point’ when you are either now getting ready for auditions, or even if you are a serious amateur player wanting to improv, we highly recommend that you contact him.  He’s helped many players succeed.

Lastly, Dimitri is one of the few people in the country that feel equally comfortable with virtual (online) sessions, as well as in person.  Feel free to contact him and see his rates at Dimitri Lazarescu Violin and Orchestra Audition preparation.